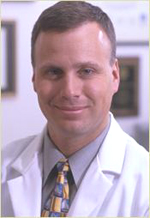 Robotic surgical Video Clip
[Graphic surgical clip – you will need Windows Media Player to view this.
Please be patient while it loads

In general, patients who have

Since the beginning of modern medicine, healers have been searching for ways to look inside the human body using the least invasive methods possible. X-rays provided some of the first real images, followed closely by ultrasound, CT and MRI scans among many others. While these modalities have afforded the medical practitioner images of what lies beneath the skin, they have not been particularly useful for treatment Surgery has required to remove or fix the discovered abnormalities, but it is invasive and carries with it certain inherent risks.

The downside however, remains that greater surgical skill and sometimes longer operating times are required. The surgeon must be trained to perform procedures using only a two-dimensional video screen and small, pencil-thin instruments with limited maneuverability in order to successfully manipulate tissue from a distance. The “feel” of the tissue is not palpable and the operating surgeon has to compensate for it by using other visual and tactile cues. This requires a great deal of training both during residency and beyond. While the anatomy and procedures remain the same, the methods and approach used can be considerably different.

Laparoscopic surgery has now taken a giant technological leap forward into the 21st century with the FDA approval of the da Vinci robotic surgical system. This complex technological marvel translates hand and wrist movements from the operator sitting at a separate console which could be in the next room or one day in another country, into identical movements at the tip of specially designed instruments. The surgeon now has all the benefits of conventional surgery without the limitations of the first generation laparoscopic instruments. The incisions are practically the same as for standard laparoscopy, however, the image viewed is in 3-D, and the instruments are slightly thicker (7mm vs. 5mm). The benefits of this technology are immediately obvious. Think for a moment, if you had to build something inside of a wooden box with your arms placed through holes on opposite sides just big enough to accommodate the thickness of each arm. You can move your wrists and hands inside the box and the task may not be too difficult. Now, imagine your two arms in casts from your elbows to your knuckles and try to perform the same task. You might get the job done, but you would have a noticeably more difficult time accomplishing it. This analogy is similar to the difference between robotic surgery and conventional laparoscopic surgery. Not only can the robotic arms move like conventional laparoscopic instruments, but they are “wristed” at the tip allowing practically 360o of movement, much like the human wrist. [Editors Note: View a video clip of using the da Vinci Robotic System of surgery You will need a Windows Media Player for this clip.]

While there are many potential applications in the field of medicine for this technology, not the least of which are in cardiac and renal surgeries, the applications for gynecologic surgery are also quite evident. The gynecologic procedures currently being performed where the benefits of robotic assistance stands out are: reversal of a prior tubal ligation and myomectomy. Both procedures would have previously required an open abdominal incision with a prolonged hospital stay and a 4-6 week recovery period. These have now been done many times in our institution with 3-4 small incisions and an overnight hospital stay with return to normal activities in less than 2 weeks.

Tubal ligation reversal is especially well suited for robotic surgery. Tubal ligation is the most common form of permanent sterilization utilized by married couples today. Approximately 13% of women who have their tubes tied will regret their decision although only 1% will ever undergo a surgical reversal procedure. Some of the reasons for this discrepancy can be explained by the fact that tubal ligation is a quick, outpatient laparoscopic procedure while reversal of the tubal ligation has historically required an open abdominal incision with a long recovery period and time away from a busy work schedule and family life with children to care for. Since most insurance companies do not cover the cost of tubal ligation reversal, the cost for this procedure can be prohibitive. With the success of in vitro fertilization (IVF) clinics, many women see IVF as an attractive alternative to undergoing major surgery with the need for time away from work or family duties. While success rates with IVF are mainly dependant on the woman’s age, success rates of tubal ligation reversal are dependant on many factors, like age of the woman as well as the anatomical correctness of the repair. In general, however, cumulative chances for pregnancy for women less than 40 years of age can be as high as 85% 1 year following surgical repair. Surgical repair can also allow for the possibility of more than 1 pregnancy if desired and does not carry with it the risks usually associated with IVF such as the 2-3 weeks of daily injections, blood tests and ultrasounds to monitor response to the hormones or the risks of twins, triplets or higher order multiple gestations.

The robot now allows the tubal ligation procedure to be performed with the same degree of accuracy and precision as traditional microscopic surgery. Maybe even more so since the robot can correct or compensate for fine tremors and scale down movements made by the hand to much finer movements inside the body. We are able to use the same fine suture material and magnification used in open surgery with the same precision in terms of being able to align the two newly opened segments of fallopian tube. All this can now be done with the advantage of not having to stay overnight in the hospital, a rapid return to normal function and about 4 band-aids to cover the tiny incisions. This option should be very appealing to those women desiring to have more children after surgical sterilization. Nevertheless, while tubal ligation should not be thought of as a “reversible” procedure, it certainly makes the surgical approach to conception after tubal ligation a much more appealing and much less ominous prospect.

Uterine fibroids are another common problem that affects up to 70% of women. While less than half of women with fibroids are symptomatic, they can cause significant bleeding problems (sometimes being severe enough to require blood transfusions), pain, bloating and pressure on adjacent organs like the kidneys, bladder and intestines causing dysfunction of these organ systems. Conventional treatments for women who no longer desire to retain their childbearing potential have been limited to hysterectomy (removal of the uterus), usually through an abdominal incision. This is unfortunately, also, the only option sometimes given to women despite their wish to retain their fertility potential or just don’t want to have a hysterectomy despite not wanting more children.

Many conservative options are now available including myomectomy (removal of just the fibroids with repair of the uterine defects through an abdominal incision) and uterine artery embolization where the blood supply to the uterus is temporarily cut-off leading to the death of vascular structures like fibroids while generally not affecting the normal uterine muscle. Laparoscopy can also be performed, but repair of the uterus has generally been sub-optimal leading to case reports of uterine rupture during pregnancy. For women who wish to retain their childbearing potential, removal of the fibroids via laparotomy (a large abdominal incision) is thought to be the best way.

Defects in the uterine muscle which need to stretch to carry the pregnancy while retaining its contractile strength to expel the fetus during delivery, need to be completely repaired. Embolization and laparoscopic techniques where the blood supply to the fibroids is interrupted but the fibroids are not removed leave a large, potentially weak defect in the uterine muscle and should be avoided in women who are considering pregnancy in the future. Other laparoscopic techniques where the fibroids are removed from the surrounding uterine muscle and the defect repaired have not been successful at fully closing these large defects resulting in gaps that are weak and prone to rupture.

With the assistance of the wristed hands of the robotic instruments, gaining access to the base of the defect and repairing them has been simplified and improved considerably. The repair is done in exactly the same fashion as would be done with an open approach, with the same suture material and the same complete repair of the defect created by the removal of the fibroid. In fact, the hardest part of the surgery now is separating the fibroids (which can be quite large) from the normal uterus and removing them from the patient’s abdominal cavity through the small incisions.

In general, patients who have undergone laparoscopic myomectomy are kept in the hospital overnight for monitoring, a huge advantage over the 4-5 day stay previously required. While we have been able to remove very large fibroids and repair the uterus with robotic assistance, not all patients with fibroids are candidates for this type of surgery. Fibroids may be too large to place the laparoscope or other instruments inside the abdomen due to space limitations. Shrinkage of the fibroids with medical therapy before surgery offers specific benefits. First, the surgery is easier because the fibroids are smaller, making them easier to handle. Moreover, smaller fibroids mean less time to complete the procedure and significantly less anesthesia. Also, most medical therapies to shrink fibroids reduces blood flow to the uterus, minimizing blood loss during surgery and the risk of having to undergo a blood transfusion. Shrinkage of the fibroids is usually done with a GnRH analogue (Lupron) for approximately three months to obtain maximal shrinkage.

As you can see, technology is advancing towards smaller and less invasive instruments with which to perform corrective and sometimes life-saving surgery. What once required large, disfiguring incisions can now be done with pencil-thin holes with much less impact on quality of life and quicker return to normal function. Moreover, it can be performed with similar, if not better outcomes, proving its place in the armamentarium of treatments we can offer our patients. Robotically assisted endoscopic surgery represents a significant advance for minimally invasive surgery. As instrumentation and surgical skills advance, opening the abdomen may be something future surgeons will only get to read about in textbooks as points of historical interest.