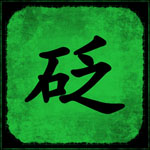 Supplementation of mitochondrial nutrients may improve the availability of energy production for the maturing oocyte and the developing embryo and thus reduce aneuploidy and assist in clinical pregnancies and live birth rates.

The energy required for metabolic function of the oocyte is provided by mitochondria and ATP. The egg has more mitochondrial cells than any other tissue in the body. During recruitment of follicles mitochondrial DNA increases from 6000 copies to about 200,000.

Oxidative phosphorylation is a metabolic pathway that uses energy released by the oxidation of nutrients to produce adenosine triphosphate (ATP). Although oxidative phosphorylation is a vital part of metabolism, it produces reactive oxygen species such as superoxide and hydrogen peroxide, which lead to propagation of free radicals, damaging cells and contributing to disease and, possibly, aging (senescence). Free radicals are harmful to egg and sperm quality.

One of the more frequent nucleotide deletions is the “common” deletion of 4977 base pairs, almost a third of the whole mitochondrial DNA genome. This deletion was shown to have a high prevalence in unfertilized oocytes and oocytes from older patients. As women and eggs age, mitochondrial energy production diminishes. Many processes of oocyte maturation especially nuclear spindle activity and chromosomal segregation become impaired.

It appears that free radicals along with reduced ATP and mitochondrial anomalies cause follicular damage and aneuploidy in the older woman.

Supplementation of mitochondrial nutrients may improve the availability of energy production for the maturing oocyte and the developing embryo and thus reduce aneuploidy and assist in clinical pregnancies and live birth rates. There are two ways to supplement these nutrients; exogenously and endogenously. For example, exogenous supplementation with Coenzyme Q10 helps to create ATP. It is also a major antioxidant. Natural systemic CoQ10 decreases with age.

An endogenous means of supplementation has less to do with directly affecting the function of the ovaries than improving systemic function so that ovarian function will improve naturally.

In order for a family to function in a healthy fashion all members of the family must be healthy. Let’s look at this statement from a different perspective: if one family member is sick, it will affect the others members of the family, either physically, emotionally or both. So the family dynamic must be treated; not just the sick individual. This is a more organic and holistic approach to treating the root and not the branch or the etiology as opposed to the symptoms. This is the goal of endogenous supplementation with, for example, herbal medicine.

An herbal formula that may be used to treat poor egg quality endogenously, due to yin-essence vacuity with depletion of yang might be composed of:

Of course, a formula must be created based upon a differential diagnosis and must strictly follow a treatment principle but this formula elucidates the pathology being treated: yin-essence vacuity with yang qi depletion.

There are two herbs, dang gui and xiang fu which will help ‘move’ the other herbs so stagnation will not occur but dissemination will. There also two herbs to help benefit the kidneys through supplementation of the spleen qi; shan yao and dang shen. Mai dong is used to benefit metal so as to promote water. Rou cong rong, rou gui and lu rong warm the kidneys, promote yang and benefit essence.

These methods of treatment involving benefitting the kidneys through supplementation of the spleen qi and benefitting metal to promote water; are referred to as treating ‘one step removed’. In other words we don’t just treat the organ or channel involved but we also treat organs that have a direct effect on other organs. It’s similar to using lung acupuncture points as part of a protocol to positively affect the large intestine.

Aging is a natural process and in the present culture health-care providers are often faced with the challenge of trying to reverse the reproductive clock with assisted reproductive interventions. These techniques such as IUI and IVF are often successful but more often they are not.

The main reason that ART fails more than it succeeds is because ART is primarily a mechanical process which cannot improve the components required to facilitate a clinical pregnancy and a live birth – egg and sperm.

Though CoQ10 has shown promising results, it still is not a full system approach. In other words it works on egg and sperm but not lining and other presentations which can alter the perfect balance, integration and function of the entire body to allow for pregnancy.

Acupuncture and herbal medicine are less involved per se in improving one area of function but more to the point, they improve all systems and functionality of the human organism –psycho-emotionally and physically.

Let’s use an analogy. If you lived in a rickety old house which was literally falling apart and it had very drafty windows you could spend $20,000.00 replacing the windows with state-of-the art windows and the drafts would be gone. But the house would fall apart anyway in a short time. In order for the house to be healthy the entire house must be addressed, not just the windows. IUI and IVF are really just dealing with the windows. TCM rebuilds the house.

The lungs, spleen and kidneys are the primary organs which, according to the theory of TCM, contribute to the creation and dissemination of energy or qi in the human being. As a person grows older their aerobic capacity decreases, their digestion worsens, their lower back and knees weaken, and their sexual and urinary functions worsen. That’s because these named organs are becoming deficient in qi which is a natural part of aging. If these organs could be nurtured, supplemented, and regulated their functionability may improve.

Improvement would be witnessed as improvement in the functions associated with each organ that I mentioned above. However, these three organs have far greater responsibility than that which is associated with the organs themselves. Egg quality, sperm quality, lining quality and the emotional state can all be improved with their respective improvement.

Then, when an IVF ET is performed the products (egg, sperm and endometrium) that the REI are mechanically manipulating will be superior in health and have a higher possibility of manifesting in a live birth.

The best outcomes for pregnancy and live births will come not from improved IVF techniques or more powerful drugs to facilitate greater folliculogenesis but through the improvement of the quality of the necessary components to achieve pregnancy: sperm, egg, and lining along with the down-regulation of pathogenic factors that can mitigate fertility such as immunological factors, blood clotting factors and inflammatory processes (endometriosis without pelvic distortion for example).

Acupuncture and herbal medicine has been effective in treating many cases of infertility for more than two thousand years.

When East meets West in the clinic, then patients will have the best chance of turning their dreams of having a family into a reality.

Mike answers questions on the INCIID Healing Arts Forum. He is an INCIID Advisory Board member and the director and founder of the Berkley Center in NYC.