My Heroes Have Always Been Cowboys: Special Education Parent Advocacy

My Heroes Have Always Been Cowboys: Special Education Parent Advocacy 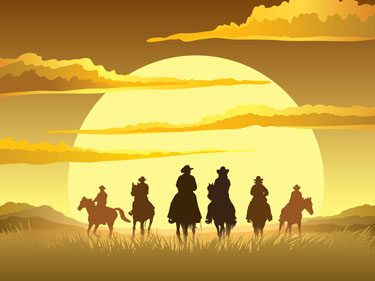 [Webinar based on this article is scheduled for October 22 at 7:30 PM ET Register Here To get notification of future articles & webinars – sign up here] My heroes have always been cowboys

And they still are it seems

Sadly in search of and one step in back of

Themselves and their slow moving dreams.[1]

That is a passage from my friend Sonja Kerr’s favorite song. As it turns out it is one of my favorites as well.

Several years ago Sonja and I were thinking of writing an advocacy book together. We were going to open the book with that passage.

The book didn’t happen.  So after all these years I’m pulling it out again for this article, which continues our conversations about how to read a case; hearings; getting ready for hearings; and other topic suggestions we received from  some of our Inside INCIID webinar participants.

This summer drove home the “slow moving dreams” part of the lyric. Time was when not much happened during the summer for parents and special education. It might be just my little operation, but this summer has been anything other than slow moving. Team meetings, correspondence with schools, complaints, and other sticky special education problems went on during this summer just as if school was still in session.

So for me, parents of children in special education are truly heroes just as in the lyric, are “Sadly in search of and one step in back of Themselves and their slow moving dreams.”

The whole point of this series of INCIID articles is to show and teach how any parent can become a more effective advocate for their own child. INCIID wants to show how advocacy is more than being special education rules and procedures expert.

Parents are the watch guards stationed along the front lines of enforcement of the civil rights protections that created the foundation upon which Congress constructed the federal law we now know as the I.D.E.A. The I.D.E.A. is an enforcement statute that was enacted to ensure that public schools provide a free appropriate public education to each eligible disabled school age child in America.

Without effective direct parental advocacy a student’s education can get lost in the “pieces” and jargon that fill the bureau drawers in which special education and related services are stored. Special education today is not only a bureaucratic maze in its finest form, it is also a very large industry. Somehow, the language of special education has created a schism between the public interest goals of providing disabled children an appropriate education in the general curriculum and the way it is experienced in the classrooms across the country. Somewhere along the way since Congress enacted the EHA and later the IDEA competing interests began to obscure the civil rights vision underlying the IDEA and Section 504 that each human being is worthy of being treated with dignity and respect.

So yes, parents are heroes. And yes, just as this past summer demonstrated to me, parents continue through the summer trying to pry an appropriate IEP or 504 plan from the drawers that seem to be slammed shut.

A few weeks ago I admitted making a big mistake in the JD v Paulette School District case. Some of you asked what my mistake was. I answered by telling the truth about my mistakes. I also mentioned that I was vocal about the hearing officer’s handling the hearing. What I didn’t include was the passage I wrote into the written closing arguments for the due process hearing. The passage was –

“Will all those who feel powerless to influence events please signify by maintaining their usual silence.” From and Ashleigh Brilliant Post Card.

There are many reasons why that quotation in a formal paper was a mistake. Chief among the reasons is the structure of formal disputes Congress incorporated in the IDEA.

Due process of law

“n. a fundamental principle of fairness in all legal matters, both civil and criminal, especially in the courts. All legal procedures set by statute and court practice, including notice of rights, must be followed for each individual so that no prejudicial or unequal treatment will result. While somewhat indefinite, the term can be gauged by its aim to safeguard both private and public rights against unfairness. The universal guarantee of due process is in the Fifth Amendment to the U.S. Constitution, which provides “No person shall…be deprived of life, liberty, or property, without due process of law,” and is applied to all states by the 14th Amendment. From this basic principle flows many legal decisions determining both procedural and substantive rights.”  Law.Com,

Due Process and Section 1415 of the IDEA

20 USC Chapter 33, Section 1415 of the IDEA contains every procedural safeguard from how parents receive Prior Written Notices to the procedures for all of the available dispute resolutions.

Due process and the impartial hearing officer

First, we must understand that the hearing officer is the cornerstone of a “legal” hearing. Why? Because the fundamental goal of an impartial due process hearing is to find out what happened and decide what to do about it.

The primary constitutional requirement in the IDEA that relates directly to hearing officers is that they be impartial.

Consider: A former school administrator left teaching and later attended law school and was admitted to practice law in the state. The former teacher then became a hearing officer under the rules for hearing officers in the state school code. Over the span of his teaching career, the hearing officer developed a skeptical attitude toward parents and their willingness to tell the truth. The hearing officer carried his skeptical attitude into the hearings assigned to him. The Second Circuit said, “Our conception of an impartial decision maker is one who, among other things, does not prejudice the evidence and who cannot say, with the utter certainty advanced by these defendants, how would assess evidence he has not yet seen.” Benjamin v. Coughlin, 905 F.2d 564 (2nd Cir. 1990).

The hearing officer plays a critical role in controlling the hearing process by applying the rules, conducting the hearing in a fair manner, and that the hearing meets the goal of evaluating the accuracy of the petitioner’s claims and the relevance of the evidence the parents and the school district presents.

In other words, the hearing officer is the fail-safe for protecting the student from a denial of a free appropriate public education.

The Hearing Officer Must Take An Active Role in the Hearing

Special Education Due Process Hearings resemble court trials, but they are not trials. Instead, a due process hearing is a unique form of administrative proceeding designed particularly to meet the needs of the state department of education as it enforces the I.D.E.A.

One way in which special education hearings differ from a trial is the role played by  the hearing officer. In the American legal system, the trial judge plays a relatively passive role. The lawyers representing the two sides take the lead in introducing evidence. Although a judge may question a witness in a trial, judicial questioning is the exception not the rule.

The ultimate goal is not to find in favor of the school district or the parent. The goal is to determine the truth of the claims brought by the petitioner and render a decision accordingly.

The hearing officer is continually called on to make judgment calls. For example,  which of two conflicting witnesses to believed; what was “reasonable” under the circumstances of a particular case; what is appropriate; should a particular document be allowed as evidence; etc.

Each party should be given a reasonable opportunity to present their case. This does not mean allowing a party to talk or argue as long as they want.

Did it feel good to write that quotation into the written closing arguments in the JD v Paulette School District case? You bet it did. And that was my mistake. I could have filed a grievance against the presiding hearing offices with the Vermont Department of Education instead of dragging up the Ashley Brilliant quotation to do the dirty work. I will never know how much damage, if any, putting that quotation in the closing arguments. To this very day I regret having done it